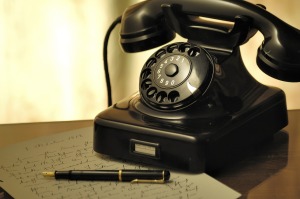 You know how sometimes memories emerge that were buried for years, but now and then they pop up on the screen of your mind? This story reemerges now and then, with no particular trigger, but it illustrates what seems to be part of my life work.

I was in my teens, eating Sunday lunch at a church family’s place, and they were also hosting a visiting couple who had never been at a Mennonite church before. So the dinner time was full of discussion and questions. I was listening and observing. The conversation went to how we value community and help each other in difficulties.

“So for example,” our host explained, “When someone’s house needs major repairs like putting on a new roof, we’ll have a frolic.”

Something washed over the guest’s face, and I knew that when he heard “frolic” he did not hear what my host meant.

Two things happened in that moment:

Sometimes what you say is not what I hear, so I don’t know more than I did.

If we don’t care about communication and understanding each other, we may as well all stay home and talk to ourselves and take selfies all day.

But if we were designed to do life beside and among and around people, and if we have something that’s beautiful to say, I care that that message gets transmitted well, and translated when necessary.

When I finished five years in Poland and came to the US, I reveled in talking English to my heart’s content. I mean, I could walk into a store and ask ANYthing! I could even make small talk with other customers. So novel! But every now and then, in those first months, I heard a mumbled announcement or a colorful idiom and I would catch myself whirling around to make sure my neighbor understood it. Translating to my friends in Poland had been such a way of life for me that it took awhile to realize that everyone here knew more idioms and one-liners than I did and I could take off my translator hat now. Other times, everyone around me was laughing at some remark, and I didn’t know what was funny. I think now that it was all part of reverse culture shock or culture fatigue or something else unpleasant like that.

Language and communication and understanding has so many intricacies and nuances and layers that it takes special effort to do well with it. Humor and laughter require another dimension to understanding. When different languages and cultures come together, the dynamics become exponentially complex. Among English speakers like at that Sunday dinner, wires get crossed. Sometimes even people who’ve known each other all their lives still need a translator.

There are many places where we need translators between people and groups. Actually, wherever there are people, we need translators. I think of it especially in some church services. Maybe it’s because it’s generally a formal place, where there is tradition and unspoken expectations, and a new-comer feels especially foreign.

This is not a critique about how to do church. That’s a subject for wiser, stronger people than me. This is a call to think about being translators for visitors, new friends, foreigners new to your culture and your spoken or unspoken languages.

I was glad for a translator when I visited a church where the minister asked for testimonies from the audience, but the lady beside me leaned over to tell me that he is talking to the men, because the women don’t speak.

I wished for a translator when visitors at church weren’t oriented to what was happening now, nor what would be happening next. Especially when the speaker asked us to kneel and everyone swirled around in their benches. Just between you and me and don’t tell anyone, I think kneeling back into the place we were just sitting is very uncivil and undignified and I love the gracefulness of kneeling forward to pray. However, if that’s not your culture’s tradition, you can help the visitor beside you by translating the invitation to kneel.

If I could do that Sunday dinner over now, I wouldn’t hesitate to clarify for our guest what our host was saying. It could be done without making anyone feel foolish. The point is clarity and explanation and education, and at the end, everyone understands each other better. Which would actually help a lot of issues everywhere, come to think of it.

Anyone can be a translator. At least, anyone who values what they have, and wants to share it beyond their borders. And anyone who understands that English doesn’t always sound like English.