One student makes straight A’s without trying, and another does everything she can to pull a C.

One sister has stair-step babies, and the other can’t conceive in twenty years.

One friend’s parents thoughtfully encourage their children’s strengths. Another set of parents disregards or disapproves.

One lady has a husband and a respected degree by age thirty. Another has neither at sixty.

One girl is wooed by the man of her dreams. Another girl is invisible except to a mental patient.

One friend has money to vacation in Italy while another can’t afford a $20 concert ticket.

One couple celebrates one year of marriage and pronounces the year fun. Another couple fights three kinds of deadly cancer in their first year.

You shake your head at the balance scales. You whisper the words to a friend because for some reason you’re not supposed to say them. Or you sob into your pillow until you snort, and the universe keeps on humming, and friends never mention the disparity, and  the scenario keeps on not being fair.

To the one with a grim diagnosis. To the single bridesmaid at the eleventeenth wedding. To the bereaved and wrecked and poor: it’s not fair.

This is reality when the sun shines or when the rain blows. The Almighty and Omnipotent Father sits on His beautiful hands and does nothing to level the balance scales. There is no justice. You can do everything right and be a good girl and do what you were always told to do but there are no guarantees and it’s a fallacy to believe that everything will turn out like it should.

Part of my journey to wholeness includes being honest about the injustices I observe and experience. It seems much more wholesome to be able to call a spade a spade than to act as if it’s something else.

There are things I weep and howl over, dreams I ache for, friends I hurt with, prayers I beg God with the most persuasive words I can find.  To do otherwise would be to deny reality and be a flippant, chirpy, hollow, obnoxious voice in a cavern of unanswerable questions.

While maturity acknowledges that things aren’t fair, wisdom doesn’t stay there. It’s a child who mopes and sits outside the game and whines that it’s not fair. An adult who does that for days and weeks and months is pretty ugly, in my opinion. 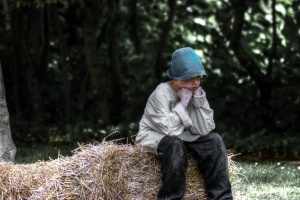 There’s no easy way to do this, but when that forty-leventh bride has been whisked into the sunset, you sometimes have to take yourself by the scruff of the neck and turn yourself 180 degrees toward the east and make a list of other things that aren’t fair.

I’m stupendously, staggeringly, unreasonably rich and spoiled and comfortable, and it’s not a bit fair.

It’s not fair that my friends and the rest of humanity walk through crazy amounts of pain and tears that I never do. I’m not being glib or flippant about this. I cry often about sad things and injustice and longings on my behalf and others’. I experience hard, hard, things about each of my list entries.

But the great and grand and shining reality is that the present injustice is not all there is. It takes the long view to see more than is apparent to the naked eye. The long view is the truest view.

It’s ok to say it’s not fair, but it’s not ok to stay there. Because at some point–after about an hour or a day or a week–wisdom and grace and the presence of Jesus are waiting to turn us to the east and see light and hope and a far green country under a swift sunrise.*

*That last phrase is what Gandalph said.